En
PR-001 (ENG)
On the occasion of the “Europe Day “; The Municipality of Ulcinj and MogUL presented new project

The Municipality of Ulcin in cooperation with Monitoring Group Ulcinj – MogUL today, on May 9th, the “Day of Europe”, promoted the joint initiative “Need a job, take opportunities” under the project ”The feminine side of quality ” that is supported by the European Union and implemented in partnership with the European University of Tirana and Municipalityof Rrëshen in Albania.

From the side of MogUL it was stated that this initiative aims to promote employment of women who face higher unemployment than men, but also lower wages. Given that the Municipality of Ulcinj has a tradition in the processing of agricultural products, this project will aim to develop these potentials towards greater participation of women in the labor market. Mayor of the Municipality of Nazif Cungu expressed his satisfaction that the establishment of the Office for International Cooperation in 2012 has been shown as a successful operation, which proves the realization of many projects in the past as well as the current ones. He assessed that such projects have always had the support of the Municipality of Ulcinj and expressed the confidence that this support will continue in the future. 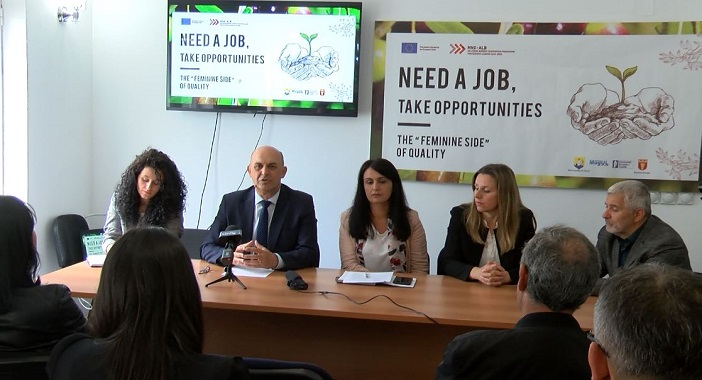