Archaeological excavations in Donja Ržanica near Berane revealed the remains of the so-called Tumba city, with invaluable archaeological treasures. In this way, Berane should be highly positioned on the map of archaeological cities in the region. Darko Stojanović, Advisor to Berane Municipality President, explained that this is only one of a series of projects that are funded by the European Delegation, which is being implemented in Berane.

“In the previous period, we have implemented a lot of important projects that are financed by the European Union. Today we are adding to the others this important cross-border project in archaeology and tourism”- says Stojanović.

Director of the Museum of Polimlje, Violeta Folic, claims that this is the only project of this kind in Montenegro, related to conservation and archaeological research, and that it is financed from European funds. She recalls that similar fortified towns were discovered earlier, among which are Gradac in Budimlje, Pećina grad in Radmanska gorge near Petnjica, Bihor town, Samograd in the village of Brzava near Bijelo Polje, still archeologically untouched Gradac above Godocelj near Petnjica, Gradac in Crnča near Bijelo Polje, Jerina’s town in Plav, Gradina above the village of Šabotići, and two more in Bjelo Polje municipality, Gradina in Korita and Gradina above the village of Muslić.

“Tumbarica or Tumba town in Donja Ržanica is just one of them”, says the director of the Museum of Polimlje. 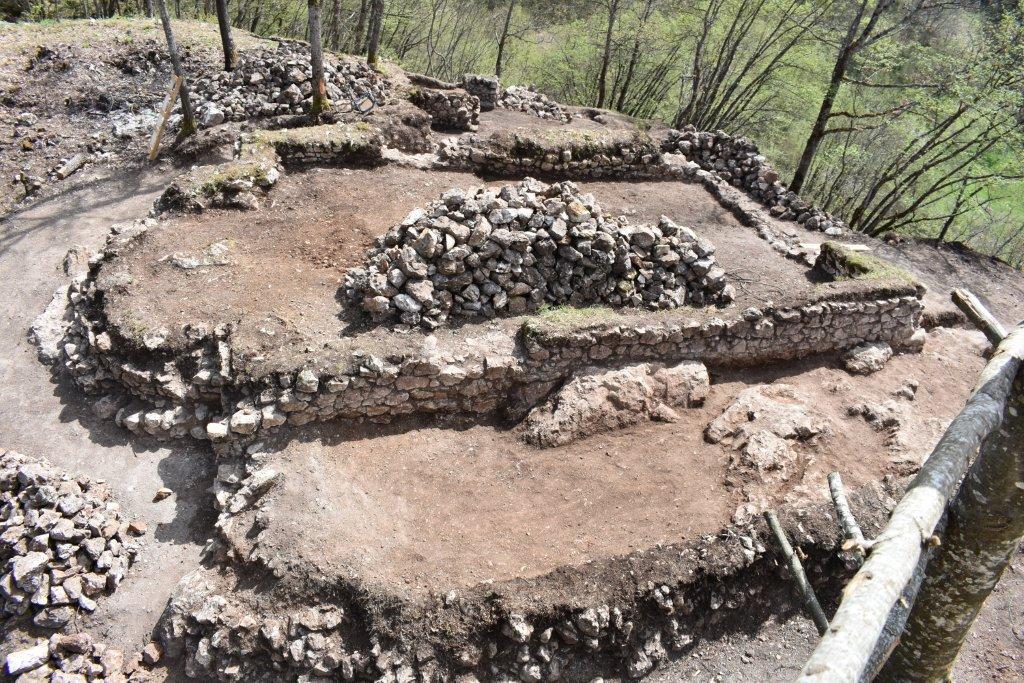 Head of the Office for International Cooperation, deacon Konstantin Dojić, points out that this is the fourth project implemented by the Serbian Orthodox Church in Montenegro with the financial support of the European Union.

These archaeological discoveries are important not only for Polimlje, but for the whole country, and have shifted the previous scientific knowledge about the relocation of cultures in this region.

In the light of these facts, the cross-border project between Montenegro and Albania, entitled “Augmenting Cooperation – From Christian Antiquities Towards Enhanced Tourism”, which was presented these days in the Berane village of Donja Ržanica, has been of special significance related to the development of culture and tourism, as well as for better mutual understanding and improvement of relations.